A beautiful replica of the cup from the tomb of King Gorm the Old, 958 AD.

In 965, King Harald Modrozub declared on the great rune stone at Jelling that the Danes had a new religion - Christianity.

He had a church built between the North and South Mounds and a burial chamber underneath for the transferred remains of his father Gorm the Old, so that he would also be baptised after his death.

On the cup from this mound we see two intertwined animals with the typical elongated limbs, ornamental ribbons, long tail and spiral hip joint and faces in profile. It is from the dragons on this cup that the entire Jelling style, which was fashionable from the ninth to the tenth century, is named. 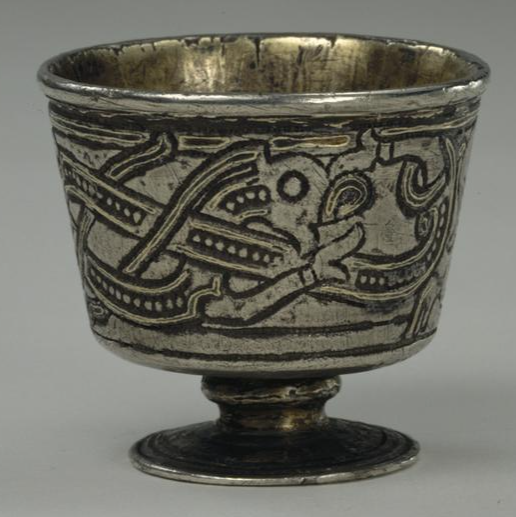 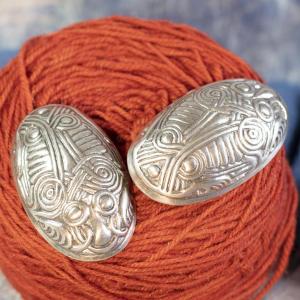 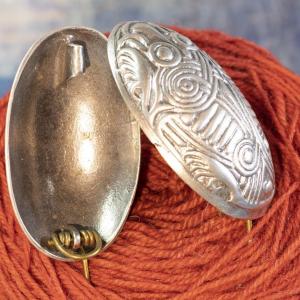 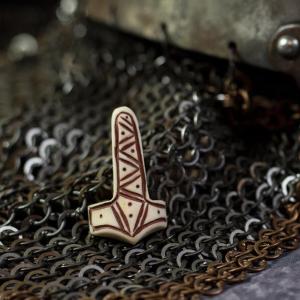 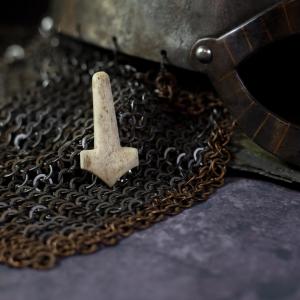 KLP-003
$18.54
Hand-carved Mjöllnir made of deer antler, which adds power and originality. 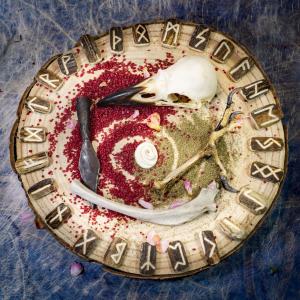 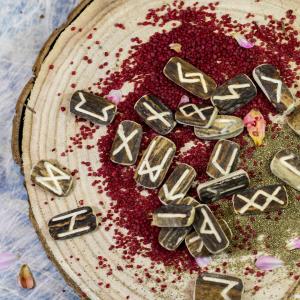 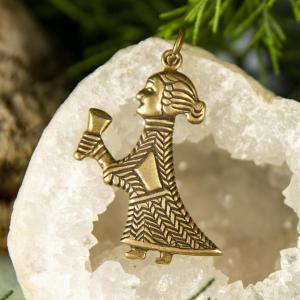 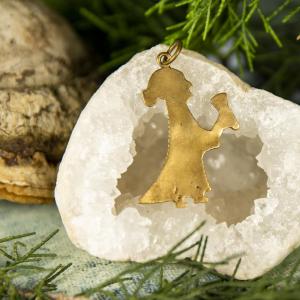 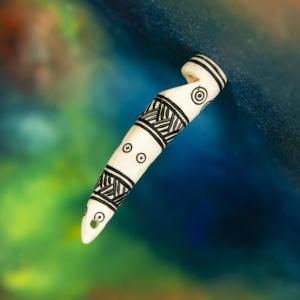 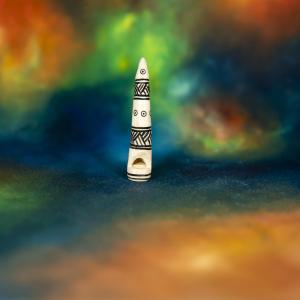 VEP-006
$51.45
A richly decorated signal whistle, the perfect gift for your commander!
Tap to zoom