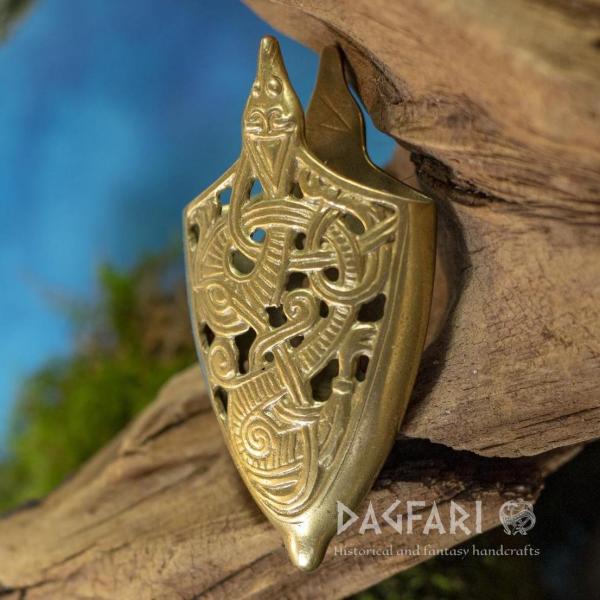 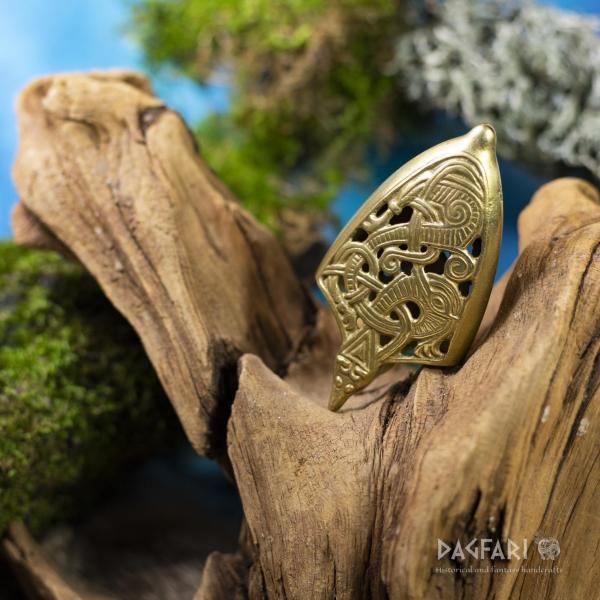 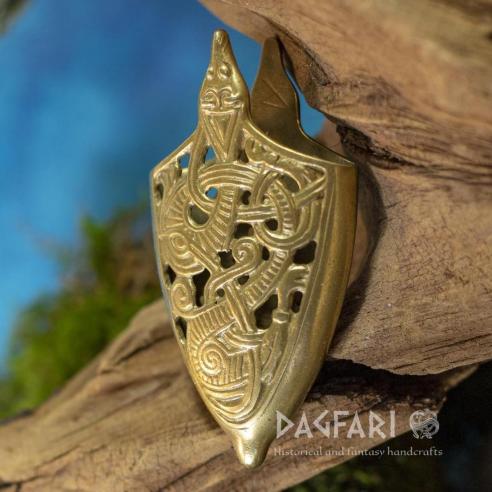 This beautifully crafted piece will make any Viking sword look even more authentic! Use it to enhance your sword scabbard if you are posing as a warrior from Scandinavia, Iceland, Finland, Denmark, England and Bulgaria.

The richly decorated fittings of the tip and top of the scabbard are cast in brass.

The base of the sword scabbard is a wooden core, sometimes filled with leather including hair or textile. Sword scabbards are not necessarily ornate, only ornately wrapped, but you will recognize that they are certainly needed for such an expensive affair as swords.

There are examples in the sagas of swords stuck firmly in their scabbards. In at least one case, the sword had supernatural properties and was abused. In another case (Hrólfs Saga of the Kraken Chapter 23), Böðvar's sword got stuck in the scabbard. Böðvarr tormented the sword furiously back and forth until he managed to slip it out of the scabbard. One wonders how often such things happened in real combat. The saga also mentions that Böðvar made the scabbard out of birch wood.

The stories mention, among other things, the use of friðbönd (peace belts) to prevent the sword from being drawn in anger in places where its use was forbidden. 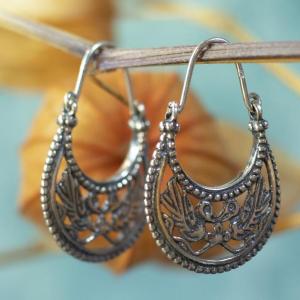 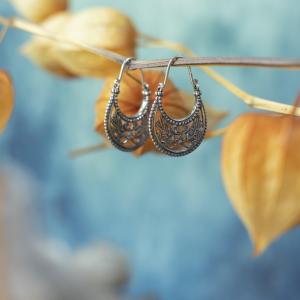 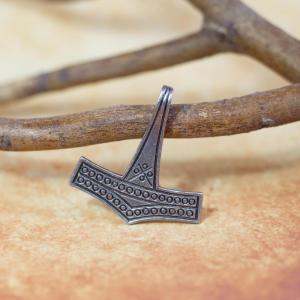 AC-031
$13.65
A successful copy of an archaeological find from Rømersdal in Denmark 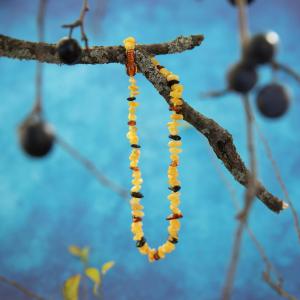 NAJ-045
$16.43
The necklace has enlarging pieces from the hidden fastening to the center and a nodule between the individual pieces. 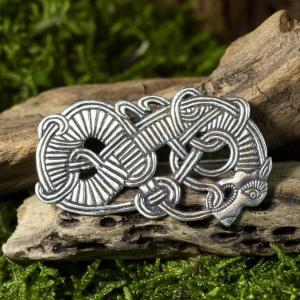 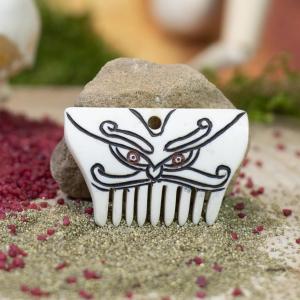 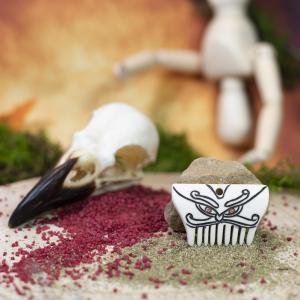 ME-004
$29.82
From time immemorial, men's beards have been associated with masculinity and strength, and such a modified man's beard is the biggest attraction for women!
Tap to zoom