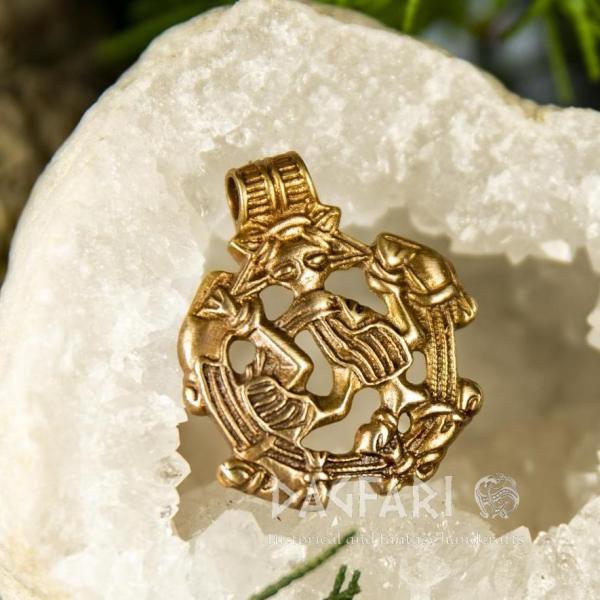 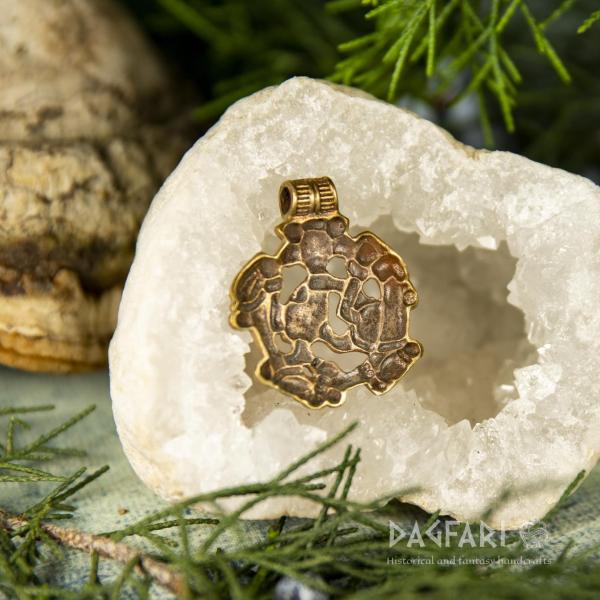 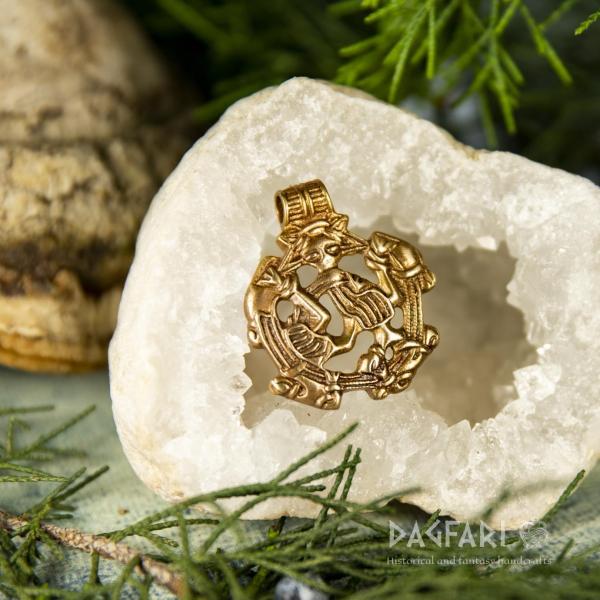 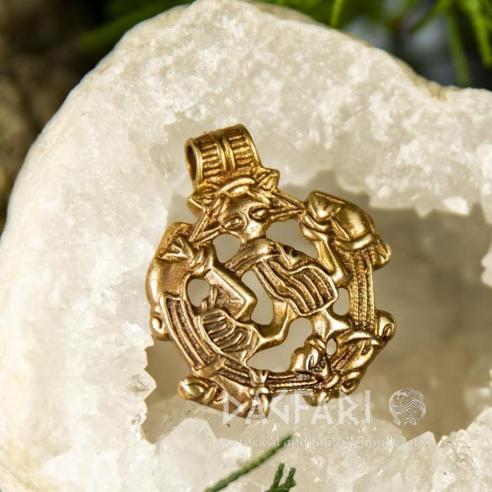 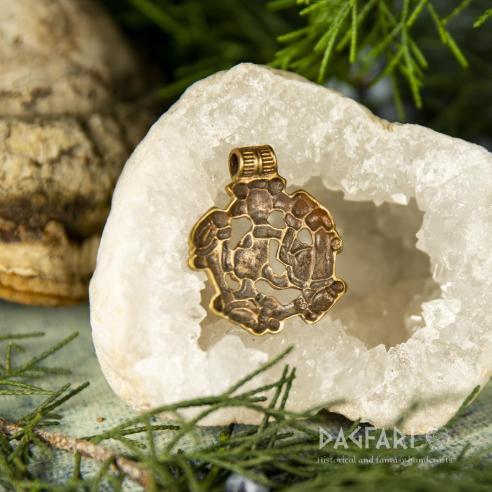 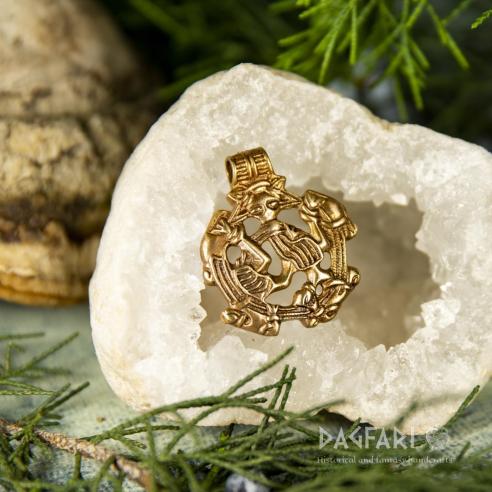 The story of Sigurd killing the dragon Fafnir. Depicted in a beautifully elaborated medallion from the Viking era.

Northern Europe, Vikings, approx. 900 to 1100 AD A very famous medallion from Scandinavia in the artistic style of Borre.

The large number of these pendants indicates their popularity. 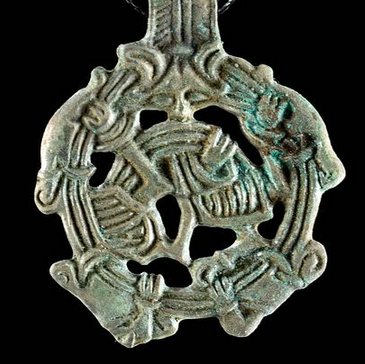 According to Norse mythology, Fafnir was the son of a dwarven king named Hreidmar and the strongest of his brothers Regin, Otr, Lyngheior and Lofnheior. Fafnir guarded his father's house of gold and precious stones. After falling victim to Andvari's magic ring and gold, Fafnir turned into a greedy dragon and was later killed by the brave hero Sigurd. This pendant is a reminder of this myth, which inspired similar bravery in Viking warriors.

Major Viking metal workshops correspond to their large trading ports and early medieval cities - Birka, Helgo, Sigtuna and Lund in Sweden, Ribe, Haithabu (Hedeby) and Fyrkat in Denmark, Kaupang and Trondheim in Norway. Silver was the main currency of the Viking world, which at the peak of their influence stretched from Russia to northern Canada. In many places, the Vikings kept silver not as coins but as jewelry, a wearable form of currency that was not subject to the authority of the monarch or mint. One of the most interesting archaeological finds from the Viking Age is metal objects, often buried in the ground or stored in bodies of water such as riverbeds. 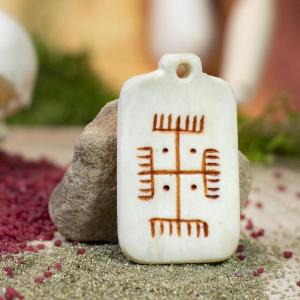 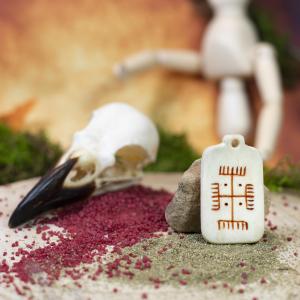 ME-016
$23.12
The inspiration for the symbol is in the Nordic petroglyphs. I like to transfer this motif of mine to another shape or size of natural materials. 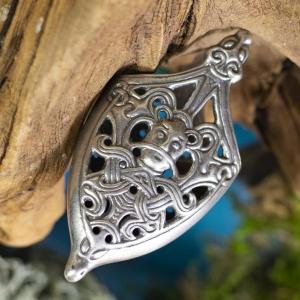 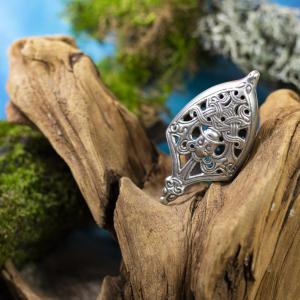 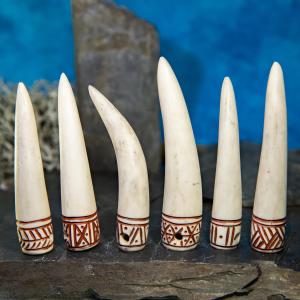 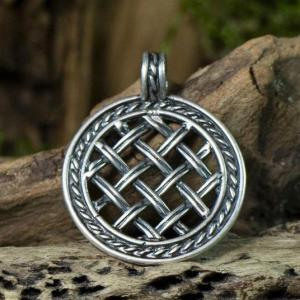 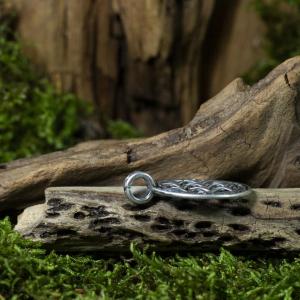 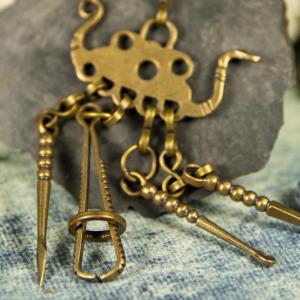 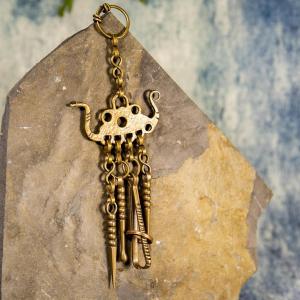