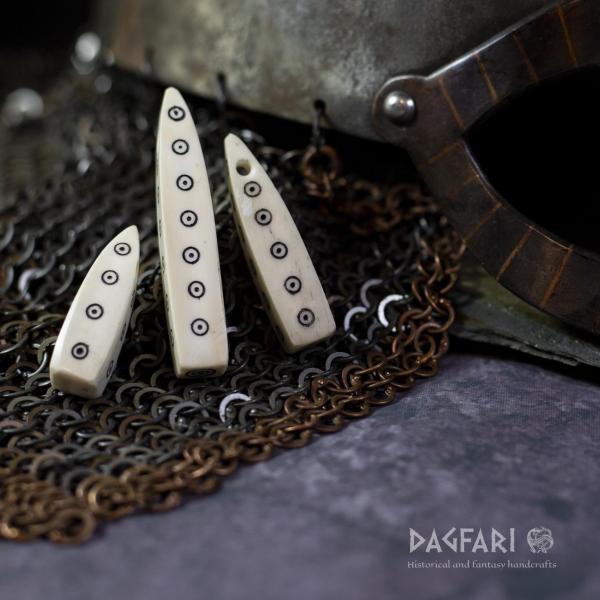 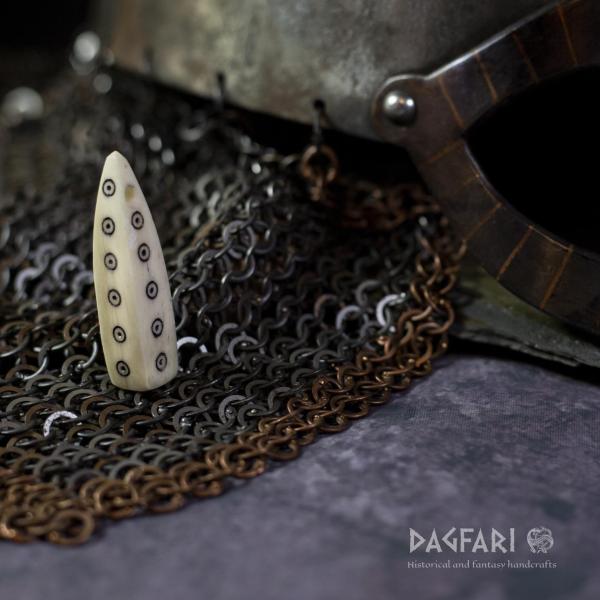 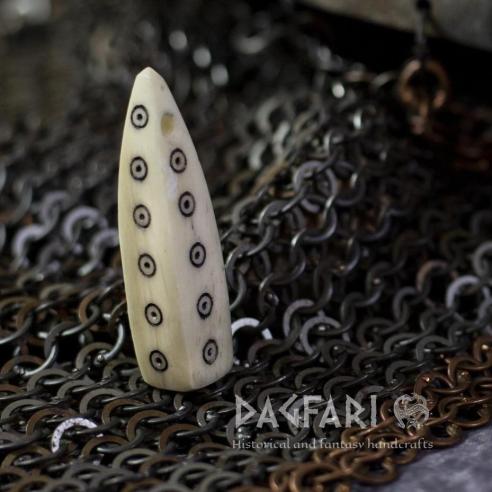 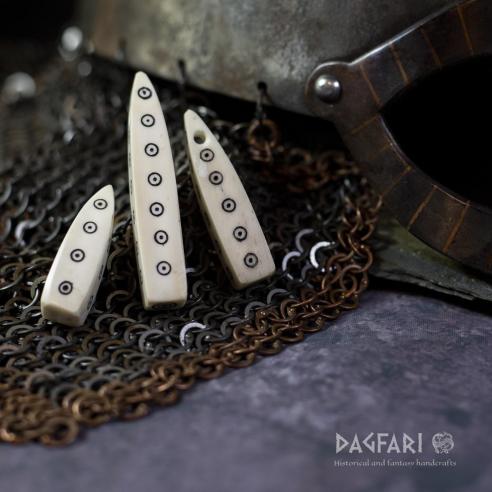 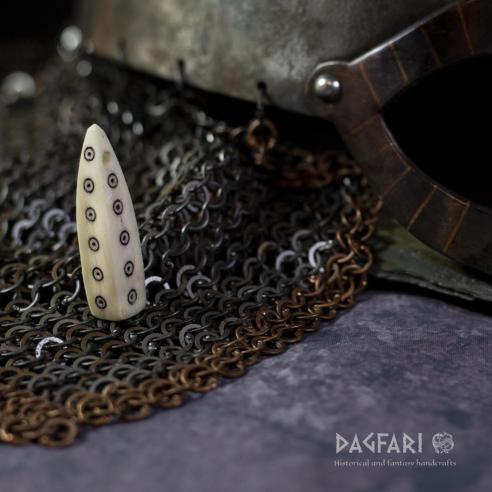 An bone amulet from Germanic graves, the forerunner of Thor's hammer.

You can see similar ones in museums all over Europe from the 2nd - 6th century. They allegedly follow the popularity of the legend of Hercules among the Germans. With increasing popularity, this type of amulet began to spread to our territory and is also known as Donarskeule (Donar = Thor).

The versions of the decoration are different, round and square pylons, concentric circles can also be combined with horizontal and transverse lines, but what is common for them is that they have a hole for hanging just in the narrowed part to resemble a club.

The amulet was not only in the chest area, but also at the waist, which suggests that it may have been hung on a belt or knife as an ornament.

Handmade, including engraving and coloring the pattern. 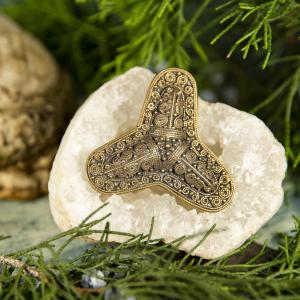 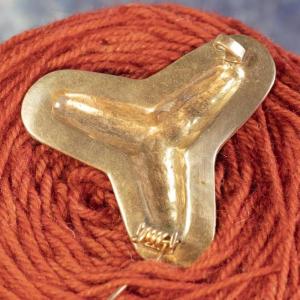 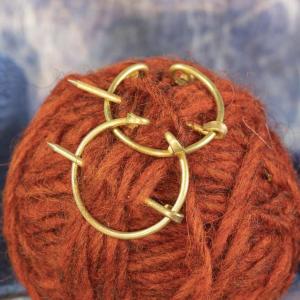 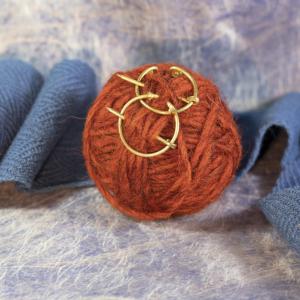 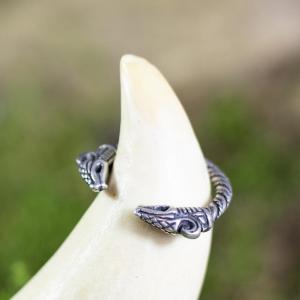 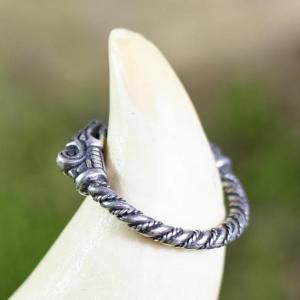 PS-005
$59.12
In Viking art style. Snake or dragon? But it will definitely hug your whole finger

KN-030
$14.94
A unique button from the tip of a deer antler - treat yourself to an original accessory! 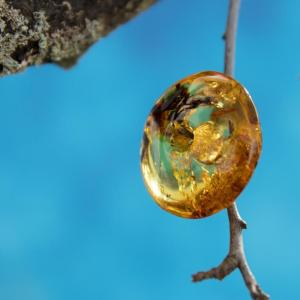 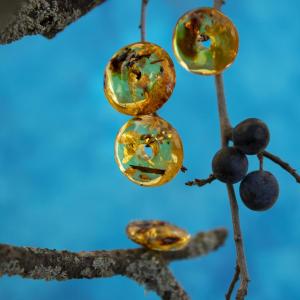 NAJ-021
$33.48
A very common form of amber processing found throughout Europe as a necklace component, typically in the Bronze Age in our territory.
Tap to zoom